While the world is trembling under the trauma of the pandemic, an exodus of migrant labourers is taking place and thousands are marching back ‘home’. It may not be a prosperous abode for them, but definitely a temple of peace.

For most, ‘staying home’ is a monotonous affair, but for some, ‘home’ is a thousand mile walk…

A soft zephyr ruffled his unkempt hair,
As he kept walking on without a care.
The miles were long, the roads treacherous,
Yet what he ran away from was far more dangerous!

Fighting back his tears, wiping his sweat;
He longed to be back in his tiny hamlet.
Been months since he had seen his little boy
The apple of his eye, the reason for his joy.

He had gone to the alien land in search of bread,
Maybe a shirt too and a roof over his head.
But the concrete jungle surely had no heart
Its cold indifference slowly ripped him apart.

The final blow came with the deadly outbreak.
Staying back any long he knew would be a mistake,
But how would be go back amidst all the blockade?
The perils of waiting – slowly made him afraid!

Sustenance eroded and dreams shattered,
Life and family to him were now all that mattered.
It would be a shame were he to end his life here-
He set out on foot in that moment of despair.

The dust settled in and caked on his skin;
The sun parched him, hunger made him thin,
His breath ragged, his throat turned dry,
But it wasn’t time yet to bid his goodbye.

The moments of happiness – he quietly reminisced-
The time with his family he so fondly cherished!
Taking out a photo he heard himself say,
“Son, I’m coming home and never going away!”

A poem inspired by the above photograph and the gruesome tragedy behind it.

If it made you smile, share and help someone else smile too!

I would love to know your thoughts on this!! Cancel reply

This site uses Akismet to reduce spam. Learn how your comment data is processed. 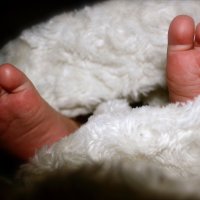 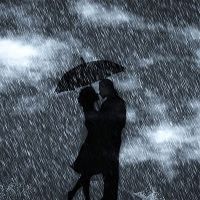 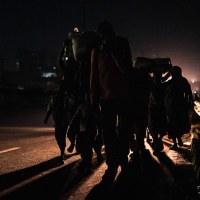 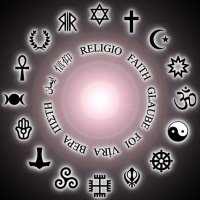 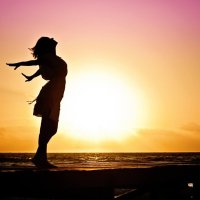 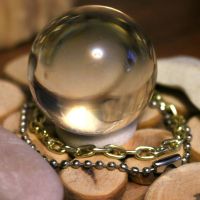 Thoughts on this blog 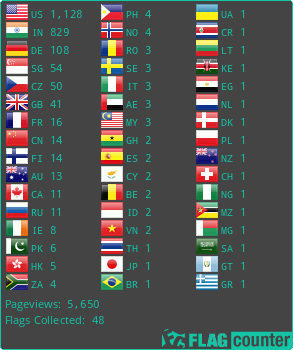